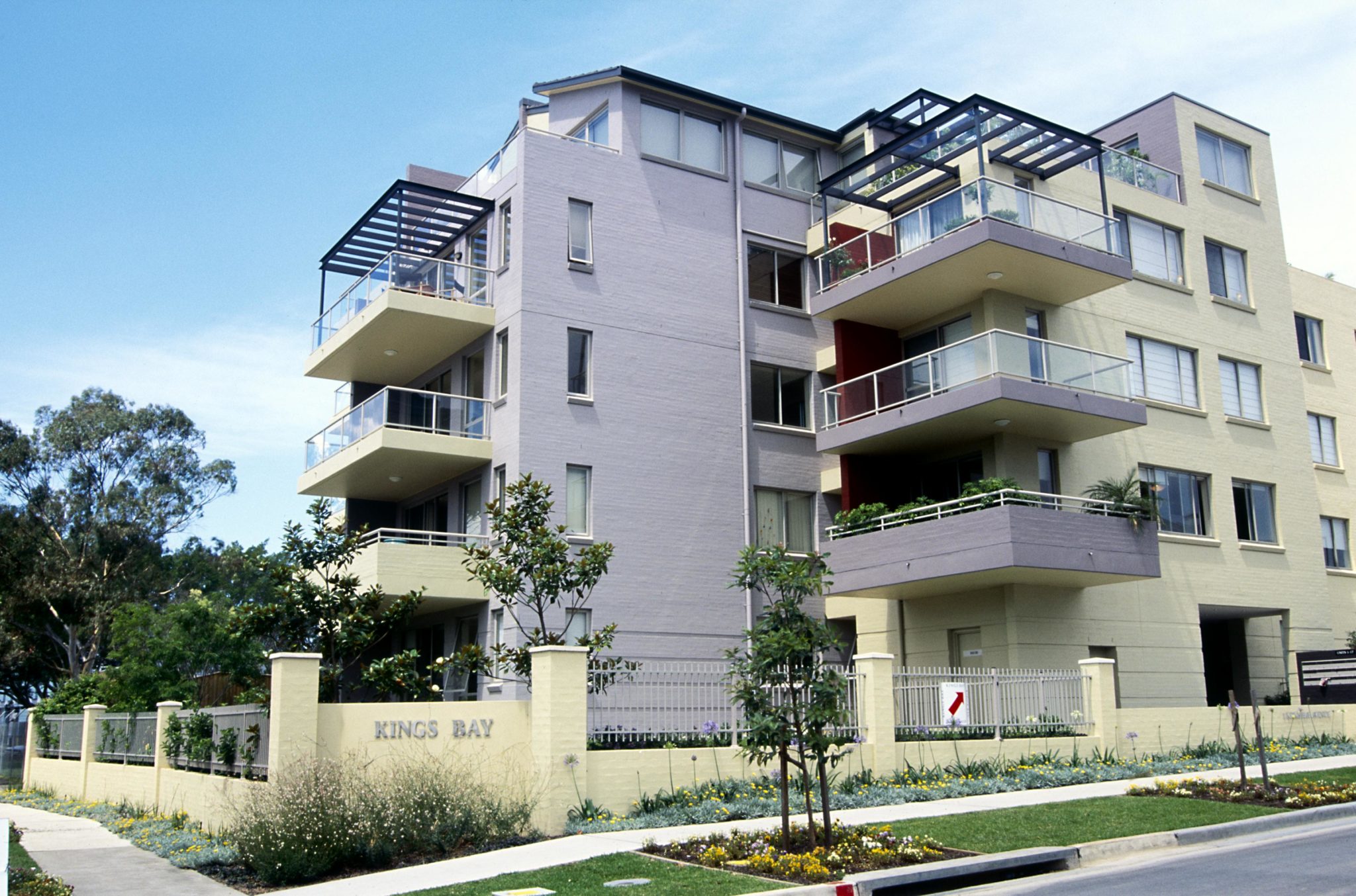 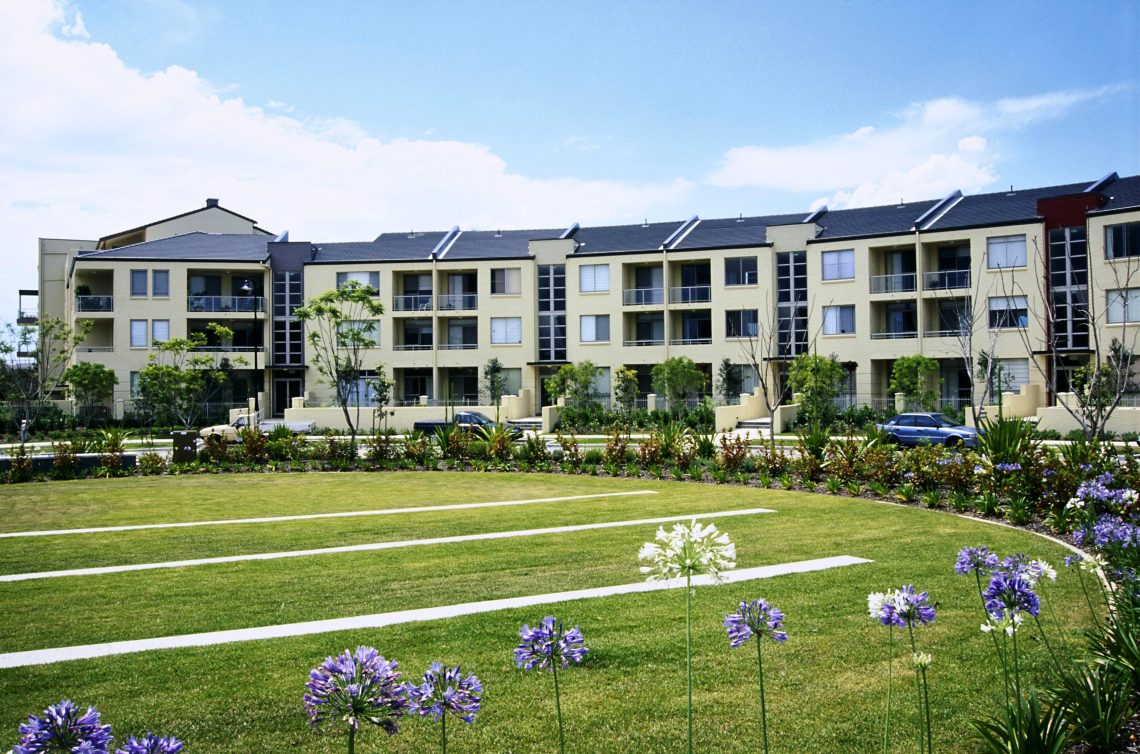 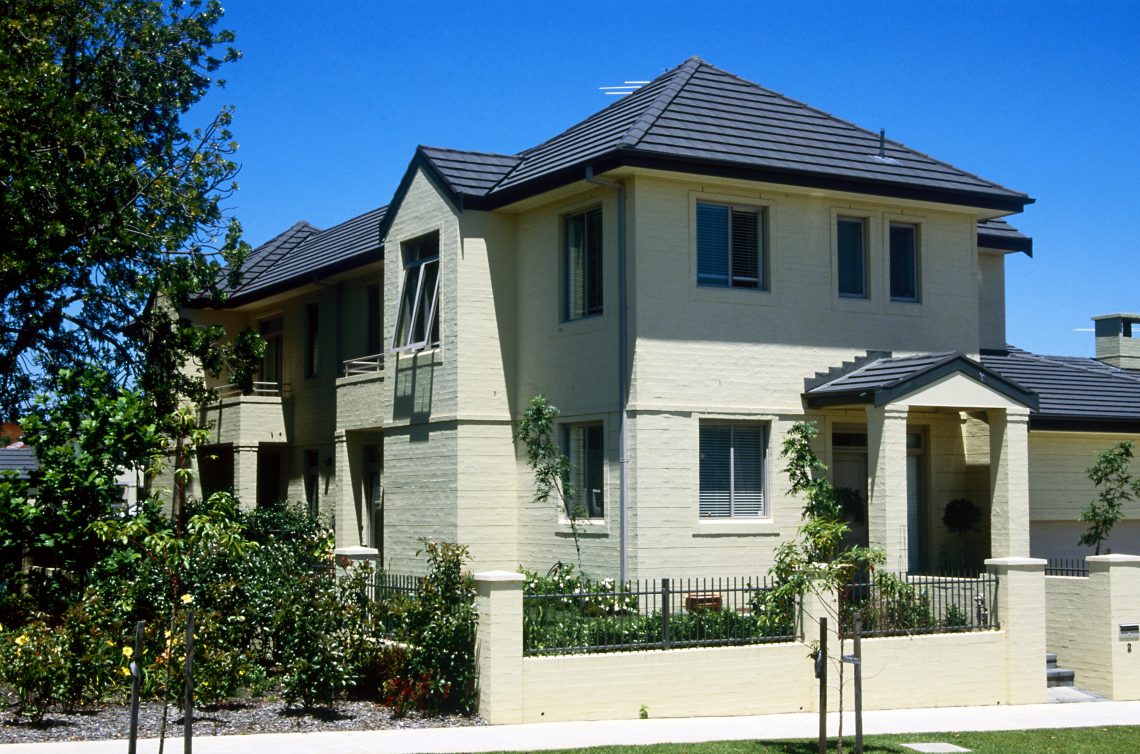 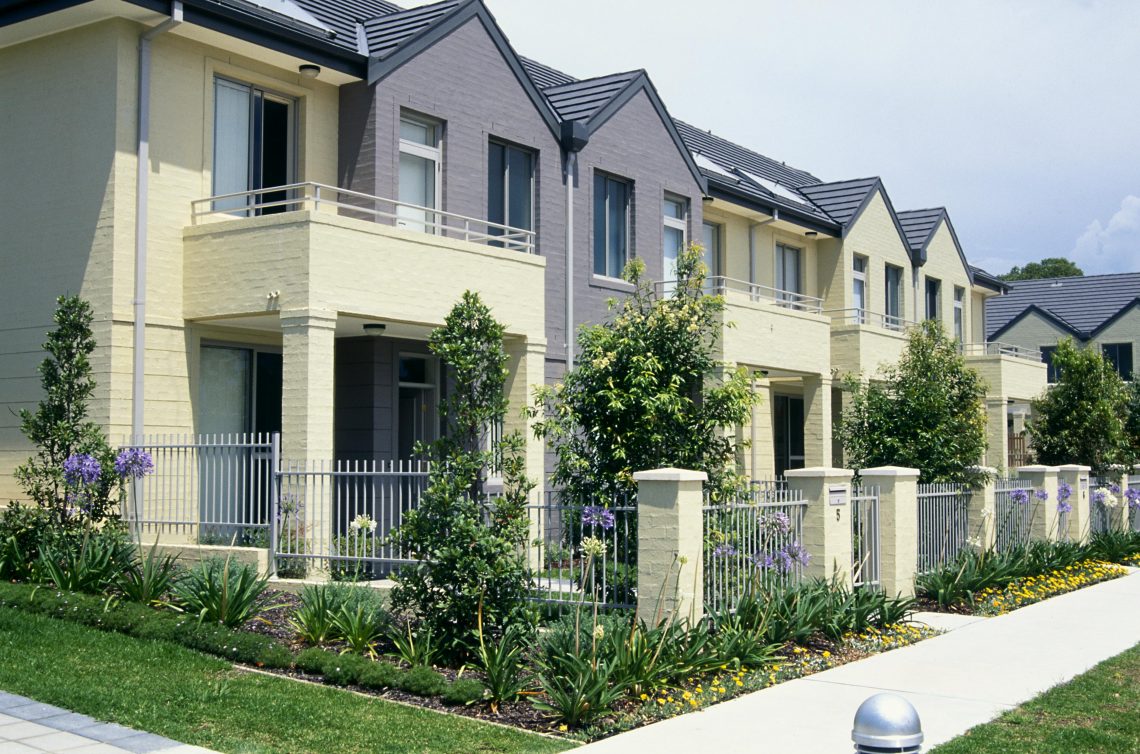 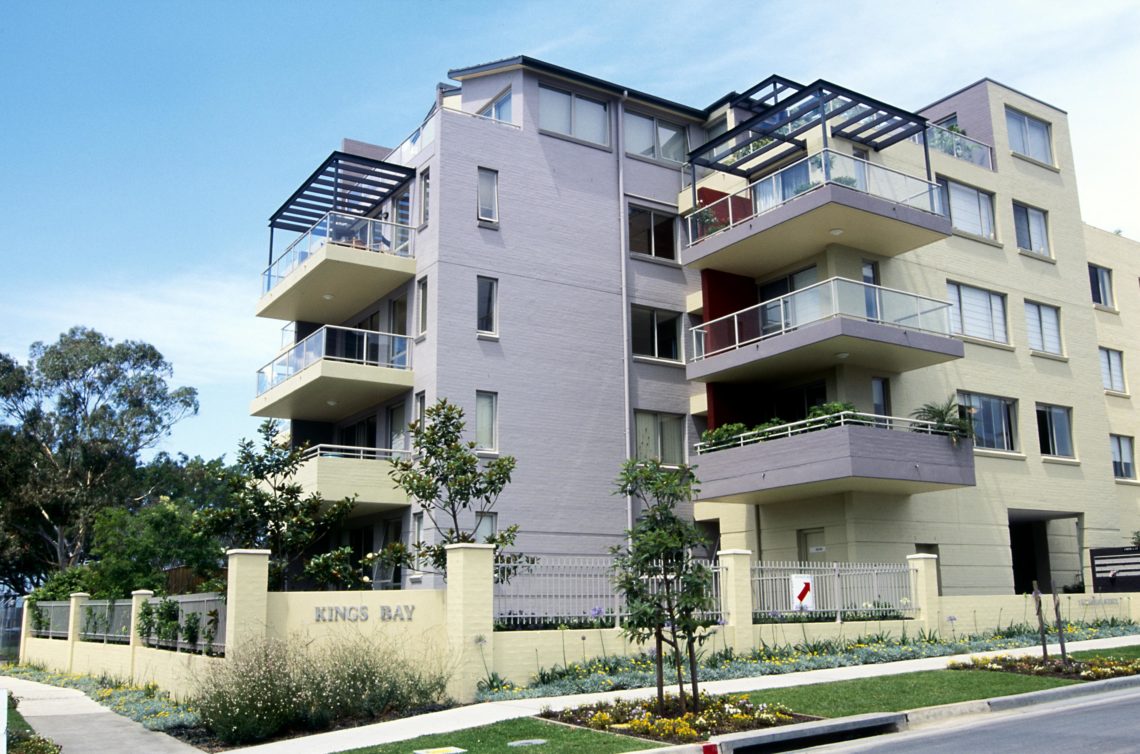 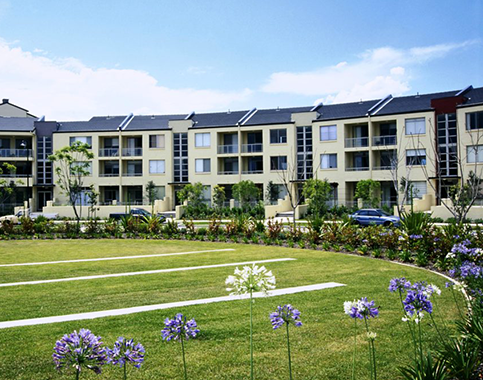 The Kings Bay residential estate was a Joint Venture project between St Hilliers/ Ipoh Limited and Landcom. Kings Bay was developed in response to the NSW Government’s Urban Consolidation Policy to contain the urban sprawl of Sydney and is a showpiece residential precinct recognised by the NSW Government as a model urban community.
We were responsible for the masterplanning, design and construction of the development, which provided a range of housing choice, diversity and affordability. This was particularly reflected in local community support for Kings Bay as a high proportion of buyers were local residents.
The development has a balance of medium density buildings with low site coverage and comprises 49 townhouses and 218 units. Sustainable development features such as solar heating, rainwater tanks, underground service facilities and underground parking for 400 cars were incorporated throughout the site. Buildings were also designed to maximise the benefits of a northerly aspect.
A large park forms the centerpiece of Kings Bay and is part of the 10% of the entire site given over to parkland. Other features of the estate include an outdoor swimming pool, gymnasium, children’s playground, amphitheatre and landscaped gardens.
Prior to commencing construction in December 1998, St Hilliers undertook extensive demolition, contamination and remediation works of the 4.25 hectare redundant industrial site, which housed the former Hycraft Carpet factory. The site had been contaminated from previous industrial processes and uncontrolled filling with ash waste material.
In recognition of the successful rehabilitation of the site the Kings Bay project won a High Commendation Award in the 2000 NSW Earth Awards. 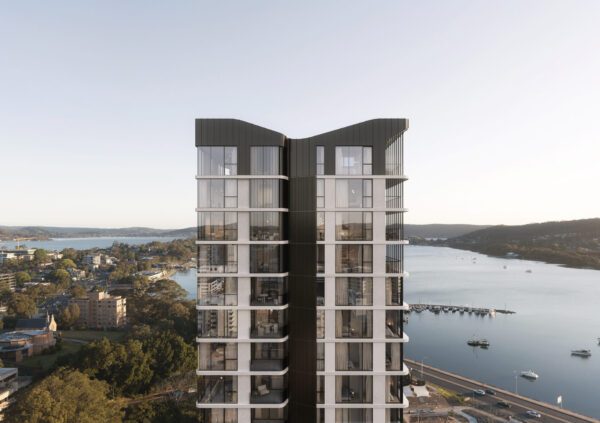 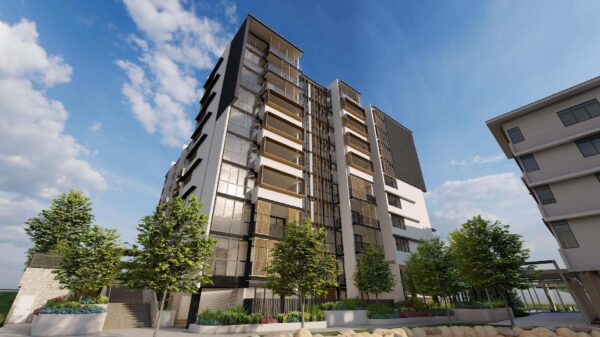